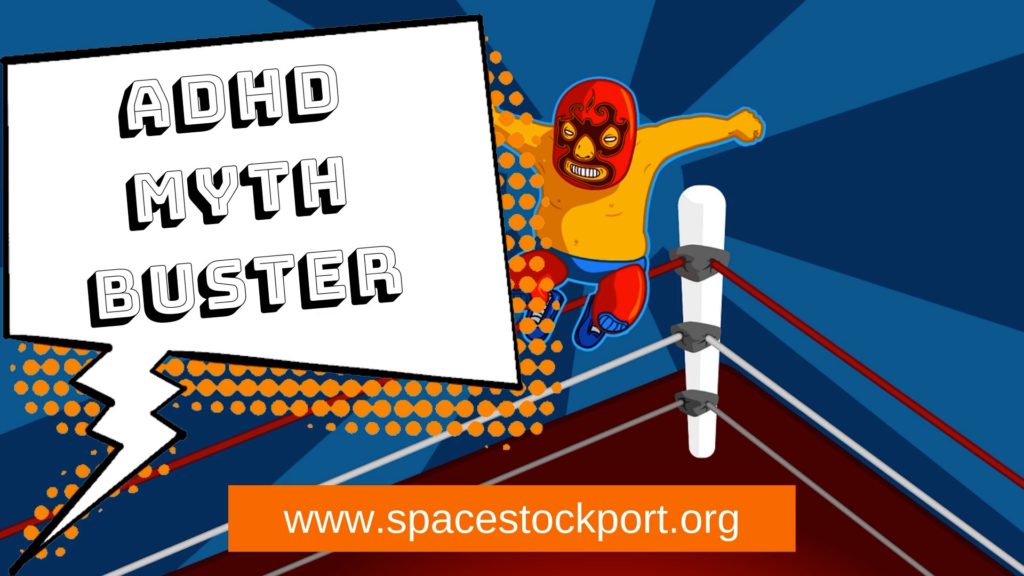 There are lots of myths about ADHD which affect the lives of those living with the condition. Last year we introduced a masked wrestler to help bash the most common myths. This year our masked wrestler is back because there is still a lot of misinformation about ADHD and it is ruining lives.

The list goes on and on, but by tackling the most common inaccuracies, we can reduce the stigma and ignorance. This isn’t the first time we’ve dispelled ADHD Myths, but it’s an ongoing task so we will almost certainly be saying exactly the same thing again in the future. Last year (2018) Claire opened our conference with a presentation about ADHD myths, as we felt that it was important to dispel them before spending the rest of the day sharing useful and important information about the condition.