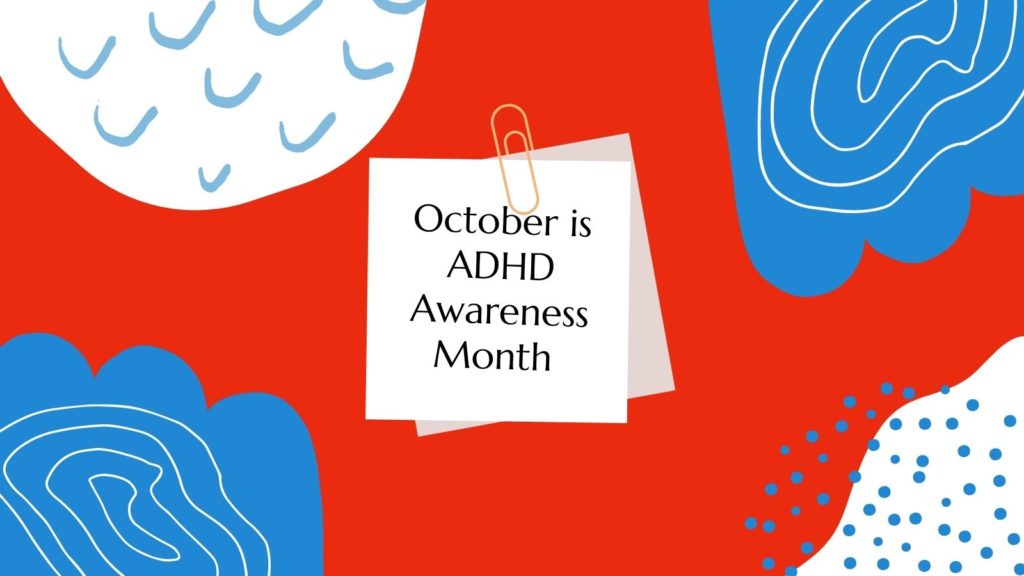 October is ADHD Awareness Month. Here at S.P.A.C.E. we celebrate ADHD and raise awareness all year round, as do our families and lots of other organisations working to support those with ADHD.

There is a long way to go before ADHD is properly understood and more importantly that those with ADHD are consistently supported in all areas of their lives. Having ADHD isn’t automatically a bad thing, but you certainly wouldn’t know it sometimes!

The myths and stereotypes associated with Attention Deficit Hyperactivity Disorder are pervasive and fuel not only ignorance and stigma about it, but also plays a huge part in denying early diagnosis and treatment to those who start to question whether the challenges that they or their children experience, are actually down to a neurodevelopmental disorder, rather than Anxiety, stress, laziness or good old fashioned bad behaviour.

Lots of people question why we have an Awareness Month, especially when despite it happening every year, there is still a staggering amount of ignorance and stigma associated with the condition. Here in the UK it is also Black History month and Breast Cancer Awareness month, in addition to several other worthy causes. The annual awareness calendar can make it feel as though there are so many things happening in October, that it’s just one more thing that most people won’t even notice.

The answer to the question of why do we celebrate ADHD Awareness month every year, is that October is an opportunity for lots of different organisations and individuals to shout at the same time and amplify the voices of those with ADHD. This is one of the ways that we are working towards lasting change.

We celebrate the ADHD community all year round. We raise awareness every single month and we are here to support local families every day of the year. The work we do is a 7 days a week, 52 weeks of the year commitment. Although we do our bit to raise awareness, fight stigma, correct misinformation and signpost to local services, we are a small charity ran by volunteers. This is too big a job for us to do on our own. We don’t have the resources to change the world on our own. Rather than have lots of organisations shouting now and again, we use ADHD Awareness Month as an opportunity to shout louder than ever. We share information from organisations that we trust. We tell people about events that we couldn’t afford to hold ourselves and we use this month as a time to focus on the task ahead of us.

Access to early diagnosis and support is crucial and can make a huge difference to families, educational achievement, romantic relationships and so much more.

Imagine how it feels for an adult to finally learn that their struggles are due to a lack of strategies for the way their brain works, rather than because of flaws in their character.

Imagine how different it would be for all children to grow up, knowing that they are still clever, even if they learn some subjects differently to their classmates.

We have been imagining for years – it’s time to make it a reality. ADHD Awareness Month is a great time to refocus and start another 12 months of fighting.